The Gradual Steps Toward Globalization Through The Internet 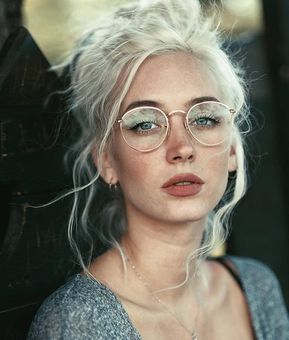 Listen their is no way around it.  Also there probably should not be.  We are heading toward uniting the world regardless of the ideology of our older generation.  While this endeavor has been attempted before on numerous occasions via oppresion and violent warfare we now have a much smoother process.  Through the age of information,  that is right the digital age is unifying people how might you add.  Well if you have a small business or own a website you might have paid attention to the ICANN agreement that shows up on your site.  ICANN the 21-year-old California-based "multi-stakeholder" nonprofit, called the Internet Corporation for Assigned Names and Numbers (ICANN) is what you need to even go online.

ICANN was created by the Department of Commerce in 1998 and was given a government contract to manage the Internet. The long term government goal in creating ICANN—which is made up of governments around the globe, corporations and individual Internet users—was to eventually give the multinational organization full ownership of domain name systems.

American government is no longer in charge despite the efforts of conservative lawmakers.


Since ICANN’s creation, it has been overseeing how web addresses on the Internet are passed out and has been regulating the IANA. Now, it formally owns the IANA.
"Ultimately, the transfer of IANA to ICANN is more of a formality than a real change of policy. But it’s an important formality," wrote Wired. "The fact that the U.S. government had the final say over the domain name system never sat well with the rest of the world, especially after 2013 when Edward Snowden revealed the scope of U.S. Internet surveillance. Severing that last tie to the US will allow foreign governments and companies to have confidence that the Internet is outside of the U.S.’ control."
Which is not a bad thing the US is so fractured do we really want to allow information to be corrupted through the lens of division?  The United States cannot manopolize every major industry and this is why it is actually healthy to divide power between nations.  Anything without balance will topple.  So with this change we are sure to see some real progress globally.
Politicians who opposed the handover—the quest to keep the technical management of the Internet in U.S. control is led by Texas Sen. Ted Cruz, who has previously called the handover a “giveaway of our Internet freedom”—argue that online freedom is in jeopardy and allege that authoritarian governments who are members of ICANN can inhibit freedom of speech on the Internet. According to Cruz, “foreign governments and global corporations will have an increased voice within ICANN moving forward,” which can allow them to censor speech.
ICANN begs to differ, arguing that the U.S. government never had the ability to control speech and no other nation will gain such power.
“The U.S. government has never, and has never had the ability to, set the direction of the community’s policy development work based on First Amendment ideas,” said ICANN in a statement. “Yet that is exactly what Senator Cruz is suggesting. The U.S. government has no decreased role. Other governments have no increased role. There is simply no change to governmental involvement in policy development work in ICANN.”
"Because the proposal roots the accountability responsibility in the various stakeholder communities, that is one of the defenses against capture by any single constituency," Alissa Cooper, a U.S.-based network engineer who chairs the group coordinating the IANA transition, told Reuters. "The proposal does a good job of maintaining the aspects of the current system that have been working well and carrying them forward to the future."
Leading up to the government ceding power, four Republican state attorneys general from Arizona, Oklahoma, Nevada and Texas filed a last-minute lawsuit to request an injunction that would prevent the Obama administration from transferring control. The suit argues that "authoritarian regimes like Russia, China, and Iran will now have the ability to interfere with what should be a free and open internet"—which ICANN has rebutted in the aforementioned statement—and by not getting Congress approval, the Obama administration has violated the U.S. Constitution.
"The president does not have the authority to simply give away America's pioneering role in ensuring that the internet remains a place where free expression can flourish," said Texas Attorney General Ken Paxton.
On Friday, a federal jury denied the lawsuit.
"Right now, there is nothing about ICANN or its contract with the US government that prevents a country from censoring or blocking content within its own borders," said ICANN on its website. "ICANN is a technical organization and does not have the remit or ability to regulate content on the internet. That is true under the current contract with the US Government and will remain true without the contract with the US Government. The transition will not empower or prohibit sovereign states from censoring speech."
Last month, several major technology companies (e.g. Google, Facebook, Twitter, Amazon, Cloudflare and Yahoo) came together to write a letter calling for a more globally controlled Internet after Republican lawmakers in Congress tried to halt the transition. The joint letter urged Congress not to hinder the "imperative" change.
"A global, interoperable and stable Internet is essential for our economic and national security, and we remain committed to completing the nearly twenty year transition to the multi stakeholder model that will best serve U.S. interests," reads the letter, reports Reuters.