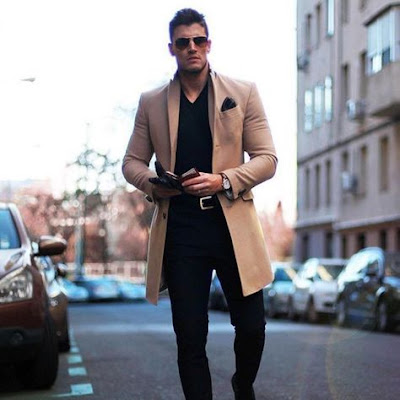 Not every defendant who faces criminal charges will proceed to trial or a plea. Many cases end up being dismissed, by the prosecutor or the court. The first task for a defense attorney in a criminal case is to determine whether there are any grounds on which the case could be dismissed before a plea or trial. Some grounds for dismissal include:
Occasionally, cases are dismissed after the defendant has gone to trial, lost, and won an appeal. For information on post-conviction dismissals, see Getting a Case Dismissed After Conviction.

No Probable Cause to Arrest

In order to arrest a person, police must have probable cause to believe that the person committed a crime. A police officer cannot arrest a person simply because he has a gut feeling that the person just robbed the liquor store down the street. The officer must have a reasonable belief based on objective factual circumstances that the person robbed the store. For instance, after the liquor store robbery, an eye witness to the robbery describes the robber to the police officer as a person wearing a red jacket with a dragon emblem and boots and carrying a knife with a long blade and a black handle. If the officer sees a person matching that description hiding in a doorway down the street, he likely has probable cause to arrest.
If the officer arrested a person hiding in a doorway near the liquor store without any physical description from a witness or other basis for concluding that the person committed the crime, the officer made the arrest without probable cause and the charges may be dismissed. If, however, the prosecutor obtains other substantial evidence that tends to prove that the defendant robbed the store, the prosecutor can re-file the charges or possibly even avoid a dismissal. For more information on probable cause to arrest, see When the Police Can Make an Arrest: Probable Cause.

When a law enforcement officer writes a criminal complaint or charging document, the officer must sign the document under oath, attesting to the truthfulness of the contents. State and local law direct what information a complaint or charging document must contain. If the complaint does not comport with state or local law because of a significant error or omission, the prosecutor cannot simply edit the document by hand and submit it to the court. The officer who wrote and signed the complaint, under oath, must make those changes. If the officer retires or leaves his job before the error is discovered or is unavailable for some other reason and no other officer was involved in the case, the prosecutor may have to dismiss the complaint.

A law enforcement officer can stop a vehicle or a person on the street under only certain circumstances, such as if the driver is speeding or violating other traffic laws or the police officer reasonably suspects a crime is being committed. If an officer randomly stops a person or a car or makes the stop because of the driver's race, the stop is illegal and violates the person’s constitutional rights. (Read more about racial profiling and your rights when dealing with the police.)
Police can search a person, a car, or house only if they have a search warrant or, without a warrant, under certain circumstances. Police can search a person, for example, after arresting the person for a crime or if an officer has a reasonable belief that the person is carrying a deadly weapon. Police can search a car without a warrant after arresting a driver for driving while intoxicated or other crime. Police can enter a house without a warrant in an emergency, such as after hearing shots being fired in the house.
If police conduct a search without a warrant and no special circumstances permitted the search, no evidence gathered in the search can be used against the defendant. If the court finds that a stop or search was illegal and the evidence is inadmissible, the defense can request that the case be dismissed on the grounds that the prosecution has no evidence to prove the charges against the defendant. For more information on illegal stops and searches, see When Can the Police Search My Car? and Search Warrants: What They Are and When They Are Necessary.

If a defendant is arrested and charges are pending against him, the prosecutor must present the case to a grand jury or a judge and show that the prosecution has enough evidence to establish probable cause to believe the defendant committed a crime. As with arrests, the evidence must show an objective, factual basis for believing that the defendant committed the crime. If the grand jury or the judge do not find probable cause, then the charges must be dismissed. when prosecutors have very limited evidence against a defendant in a criminal case, they may conclude that they do not have enough evidence to move forward in the case and dismiss the charges on their own.

On rare occasions, a prosecutor might agree to dismiss criminal charges where there are extenuating circumstances. For instance, a prosecutor might dismiss a minor charge (like a misdemeanor charge for trespassing or loitering) if the defendant has a clean record and perhaps there are questions about the facts (did a police officer overreach in filing criminal charges rather than clearing an area of rowdy teenagers or partying adults?). Prosecutors can dismiss charges “without prejudice,” which allows the prosecutor to re-file the case at a later date within a certain time period. A prosecutor might agree to dismiss a minor charge as long as the defendant does not pick up any new charges or get into any trouble within one year. If the defendant does get arrested again, the prosecutor can re-file the original charges.
In very rare circumstances, if a victim requests that charges be dismissed, a prosecutor may agree to do so. Normally, the victim of a crime does not have the power to control whether a criminal case moves forward. It is the state or government that “presses charges” and the victim cannot decide “not to press charges.” However, a prosecutor has discretion to consider what constitutes justice in a case and the prosecutor is required to do what is just in criminal cases. This means that a prosecutor might decide to dismiss a sexual assault case at the victim’s request because testifying at trial would cause the victim such emotional harm that the long term effects would be more devastating than the rape itself.

After a Successful Appeal

When thinking about getting charges dismissed, most of the time people are concerned with not going to trial or entering a plea, as the above scenarios explain. But there's another way to get charges dismissed, even if the case has gone to trial and the defendant has lost. A convicted defendant who wins his case on appeal can sometimes secure an order from the appellate court that the lower court (the trial court) dismiss the case after conviction or enter a judgment of acquittal (rather than retry it).

A Bad Arrest or Search

An order to dismiss a case can occur when the appellate court, having reversed the conviction on the grounds of a bad search or arrest, examines what's left of the case and determines that there is not enough evidence to warrant another trial. For example, if the case is overturned based on insufficient evidence to support the defendant's arrest (and no other evidence suggests that the defendant would have been arrested anyway for this crime), the court may conclude that there is no remaining evidence to tie the defendant to the crime.
Similarly, if the appellate court rules that a search was unconstitutional, and further rules that the evidence may not be considered, that may leave the prosecution with not enough evidence to support a finding of guilt on one or more elements of the charge.

Courts can hear only those cases that they have the power to hear, which is given to them by legislators and the constitution. Now and then, a court oversteps its bounds and hears a case it has no right to hear. For example, federal courts can try cases that arise on federal property, but not state property. Imagine a robbery on land that the federal trial court thinks is owned by the government, but it turns out (on appeal) that the property is state land. The federal appellate court would overturn the conviction (leaving the state free to charge the offense in state court). A trial in state court would not involve a violation of double jeopardy, because the federal and state courts are different sovereigns.

A criminal defense attorney can evaluate a criminal case and the evidence and determine whether there are grounds to file a motion to dismiss. There may be grounds for dismissing charges that are not mentioned here. The attorney also can contact and try to convince the prosecutor to dismiss the charges or try to negotiate an agreement to dismiss.
If you are charged with a crime, contact a local attorney immediately so that your attorney can address any possible grounds for dismissal.