Can prosecutors knowingly use false testimony at trial? 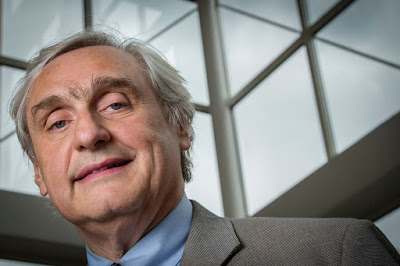 A defendant is petitioning the U.S. Supreme Court to settle a legal dispute about the government’s ability to obtain convictions using perjured testimony

In the United States, if the prosecution obtains a criminal conviction using evidence that it knows is false, the conviction violates the defendant's constitutional right to due process (e.g., Napue v. Illinois, 1959). But courts are divided on the extent of the prosecutor's responsibility to prevent false evidence from infecting trials. In some jurisdictions, if the government knowingly presents false testimony about a significant issue and fails to correct it, courts automatically conclude that the government has violated the defendant's constitutional right to due process (e.g., United States v. Foster, 1988; United States v. LaPage, 2000). In other jurisdictions, however, the government can knowingly present false testimony about a significant issue without any obligation to correct it, as long as the government did not conceal evidence that the defendant could use to impeach the false testimony (e.g., United States v. Stein, 2017; United States v. Crocket, 2006; Ross v. Heyne, 1980). In essence, courts assign the responsibility for correcting false government testimony differently: Some courts require the prosecution to correct its own false evidence, while others shift this burden to the defense.
In Stein, the prosecution provided the defendant with a cache of documents that included an email showing that the testimony of prosecution witnesses was false. The government then presented its witnesses' false testimony to the jury. After the defendant discovered the critical email, he tried to introduce it into evidence to disprove the prosecution's case against him. The court decided, however, that the email was inadmissible hearsay and could not be considered by the jury. Thus, the prosecution was able to introduce false testimony without violating principles of due process because it provided the defendant with information disproving the testimony, and the fact that the defendant could not actually use that information made no difference.
Stein has petitioned the U.S. Supreme Court to hear his case and resolve the division among the lower courts on this matter. As of this writing, the Supreme Court has not yet decided whether to take the case. The legal issues raised by Stein relate to the prosecution's obligation to seek justice without resorting to improper methods that could lead to wrongful convictions. The case also implicates psychological research that sheds light on the consequences of requiring defendants to disprove false government evidence. For example, research on the continued influence of misinformation on memory suggests that it will probably be quite difficult for a defendant to correct false testimony (Johnson & Seifert, 1994). A successful correction will typically require defendants to offer a detailed explanation of the contradiction and make a significant effort to reframe the information that was presented to the jury (Seifert, 2000). Moreover, even if the judge directs the jury to disregard the false testimony, research indicates that directed forgetting is unlikely to be effective in reducing jurors' general recall of it (e.g., Fawcett, Taylor, & Nadel, 2013; Wenzlaff & Wegner, 2000; Wegner, Quillian, & Houston, 1996).
There is some indication that jury deliberation can reduce the impact of improper testimony (e.g., London & Nunez, 2000). Nevertheless, defendants must work hard to clean up the effects of the false evidence after it is introduced, and it may not be possible to undo this taint completely. In light of the research, the simplest rule might be the most consistent with due process: Prosecutors should not be allowed to knowingly present perjured testimony about material issues.
"Judicial Notebook" is a project of APA Div. 9 (Society for the Psychological Study of Social Issues). For direct links to the research cited in this article, visit our digital edition at www.apa.org/monitor/digital.aspx.