Why men are finally breaking free and accepting that they would rather be involved with technology, games and anime than searching for girlfriend

on October 14, 2019
Why men are finally breaking free and accepting that they would rather be involved with technology, games and anime than searching for girlfriend

Within the last 7 or 8 years men have finally begin to shed the expectation of being strictly fans of things that relegate them to a simple classification for women to identify with.  Men have a much more obtuse set of interest than the stereotypical: Women, Cars, Sports etc.  Men that expressed their genuine interest that did not place them inside of these categories were ostracized and ultimately condemned to the status of involuntary introvert.  Well, history does not seem to be observed with these sorts of social behaviors, because if history was used as a reference point then everyone would understand that regardless of a given set of circumstances; if you allow any human being time for adequate retro, intra and introspection then they will have a better grasp on reality than most extraverted people.  However being a human being we still need to keep our minds occupied that is were hyper-stimulative tools come into play slamming thousands of frames per second into the mind for rapid processing.  What are these tools?  Anime, Cartoons, Gaming and other things while not being sensory the same way screen oriented tools are there are things that engage the much broader tool of the imagination.  Books, Chess, Manga, Comics.  These have become the new loves for men who are tired of trying to traverse the turbulent social climate that claims excess amounts of time with very little reward.  Being introverted now is being exacerbated with the development of technology.  Ironically these developers are the very same men and women that were reduced to the divine state of introversion.  So in retrospect I suppose this title should be inclusive and changed to accurately represent the subject.  However, I will keep it the same because I like triggered responses from people who have nothing better to do. 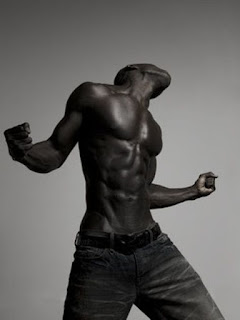