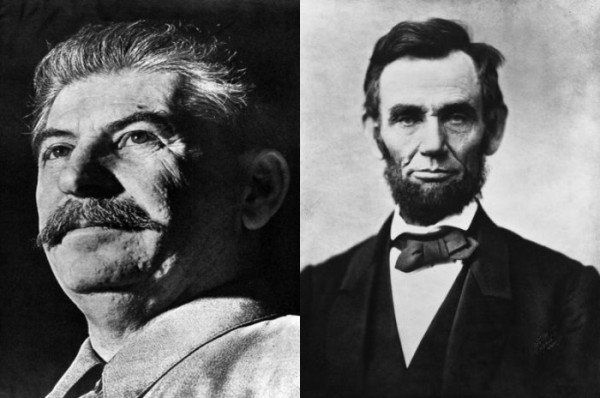 Abraham Lincoln did not free the slaves.  The Emancipation Proclamation was originally intended to get the enslaved Africans that were rebelling and killing whites by the thousands out of the country. The slave revolts were so bad;  what often resulted was land, life ,and crops being taken. As well as African factions growing in strength.  Not to mention the fact that the Native Americans were grouping up with the factions of slaves that fought and killed for their freedom!
That's right you read correctly, many Native Americans hated the Europeans responsible for bringing the disease, and war, and the custom of abuse of resources as well as murder, rape, molestation, and torture of women and children to the Native Land. So they would quite often join forces with the slaves that freed themselves.  If you read the Emancipation Proclamation you will see that only the states that frequently REVOLTED were set free with the option to pursue "True Freedom." In other words they were being invited to leave. "Where to?" you might ask. He actually planned to send the African factions that were fighting to free all of the slaves back to Africa, or even Haiti.
To be frank the Civil War was going to happen regardless of the institution of slavery because of the very well known opposing ideologies between the North and the South.  White people were not fighting for the equal treatment of man regardless of the location in America North or South. There was actually an EXTREMELY small number of whites that would even consider helping blacks, certainly not the Entire population that made up Americas northern states!  With the rising tension from the south, as well as the revolts that resulted in the loss of crops and life which affected America's economic stability. The revolts seriously threatened to result in an extremely large faction of Africans that would not only have freed themselves, but taken over whole parts of the country.  Not to mention the newly found alliance between the Native Americans and the Africans.
Lincoln had no other choice but to try and remove those that successfully combated the institution of slavery and Won!  Lincolns move to free the "STATES IN REBELLION" served two purposes; get rid of the enslaved Africans that threatened the very convenient institution of slavery, as well as increase manpower for the North. (Over 200,000 human shields that can shoot is very convenient during times of war.)  Slaves that fought for the North were often times ill equipped and sent to the front lines to protect the whites that fought to further the Real agenda of the North, which was NOT some bleeding heart Campaign to end slavery.  There were even times when African Regiments were abandon or even SABOTAGED by the North!  Some whites just could not get behind the idea of enslaved Africans killing whites.  Over 350,000 African people fought in the Civil war on both sides.
The irony is that in spite of the fact that Abraham Lincoln was a known White Supremacist. Who only wrote the Emancipation Proclamation to save the institution of slavery by sending Slaves that fought for the freedom of all slaves back to Africa.  He is credited as some philanthropic leader of freedom. In Charleston Illinois 1858 during a race for US Senate against Stephen Douglas, Lincoln himself states and I quote," I will say then that I am not, nor ever have been, in favor of bringing about in any way the social and political equality of the white and black races."  He continues his rant stating things like blacks should not be allowed to marry whites and things of that nature.  It is all really interesting but I feel I've concluded my soapbox time.
PLEASE READ THE EMANCIPATION PROCLAMATION!!!!!!!  The Ancestors of the African American did not sit by and wait for a white man to free them.  The ancestors of the African American people fought for their freedom, and TOOK THEIR FREEDOM WITH THEIR OWN HANDS!  The illusion of these facts has kept the heads of the Black people in America low for yeas. So I researched the facts that are hidden in plain sight, and wrote this in hopes of raising those chins and removing some of that self loathing.  The African American people has fought on the winning side of every war ever fought in this COUNTRY! Yes that includes the Revolutionary War, I believe that the common denominator of these victories was the presence of these warriors from AFRICA.  It is time we stopped these White Supremacist teachings that keep people in a state of being separate and unequal, it is time we spoke truth.